Get Rid Of Bad Wi-Fi

We can no longer go without good wifi, both in our professional as well as our private lives. Whenever it stops working, we tend to get very cranky. ‘These days, wifi is ranked 4th on the list of primary living requirements, just after water, food and electricity. Everyone who gets anywhere, wants to have wifi’. That’s why the experts of World Wide WiFi Experts help businesses fix their wifi problems.

It seems like we simply can’t go without wifi (officially written as Wi-Fi) anymore. “Wherever we arrive, the first thing we do is search for an available Wi-Fi network”, says Peter Paul Engelen of World Wide WiFi Experts. World Wide WiFi Experts is not just like any business, it’s actually a platform for Wi-Fi experts all across the world who help companies when they have problems with their wireless network or internet. Their core business is solving Wi-Fi problems, but also giving highly specialized Wi-Fi training courses. These courses are based on modules of the Certified Wireless Network Professionals (CWNP) based in Durham, North Carolina, in the U.S.

Years ago, Peter Paul Engelen decided to study the field of Wi-Fi. He also gained a lot of experience in the U.S. and since 2009 he can call himself a CWNE, meaning Certified Wireless Network Expert. In fact, he is the first CWNE in the Netherlands. CWNE is a prestigious title in the field of vendor-neutral Wi-Fi. The vendor-neutral aspect is especially unique in the market. Peter Paul Engelen compares it with a car mechanic. “There are specialists who can only repair cars of a certain brand, but also mechanics who can repair all cars of all brands.” A CWNE falls into the latter category. “Any Wi-Fi problem, regardless of the hardware brand, can be solved by a CWNE”, says Peter Paul Engelen.

Wi-Fi works with 3 frequencies. 2.4 GHz and 5 GHz are currently in use, 6 GHz (6E) is also on its way. The 2.4 GHz channel has a greater range but is more susceptible to interference. This can lead to interference from various access points that use the same frequency and are close to each other. This way, the Wi-Fi signal of your neighbour can cause problems. There’s also the 5 GHz band, which uses smaller cells and therefore has a shorter range. This higher frequency band is more suitable for locations with many people, or so-called high-density networks. Examples of high-density networks are stadiums, arenas and large public venues.

Because Wi-Fi consists of radio waves, we are bound by the laws of nature that define radio waves. Think of signals bouncing off of certain elements in buildings, like walls, windows or steel beams. When a Wi-Fi expert from World Wide WiFi Experts is called to the rescue, he will always bring the necessary measuring equipment. “Before proposing a solution, we measure the signals to assess the situation. Then after a new solution has been installed, we take new measurements to check if the problem has been resolved.” Because the quality of Wi-Fi is so dependent on the environment, among other things, our choice for access points is heavily determined by the characteristics of the environment. For many organizations, this is where many mistakes are made. Sometimes, businesses simply choose the most expensive access point, assuming that expensive means very good. Unfortunately, it’s not all that simple, says Peter Paul Engelen. It’s not just about the space, but also about the amount of people in that space. “These days Wi-Fi is all about capacity, so a lot of people in a room. What kind of room you want to provide with good Wi-Fi makes a huge difference”, says Peter Paul Engelen. “A concert hall for 300 people is different from a classroom. That’s because people are mostly made up of water, and water is one of the ways a Wi-Fi signal can be jammed. The design of a room differs based on capacity and coverage. Furthermore, the number of people in a room ultimately determines how many access points you need in a particular room.”

For this reason, World Wide WiFi Experts is not a proponent of Wi-Fi amplifiers, which are sometimes used to boost a poor Wi-Fi signal. “Wi-Fi amplifiers boost the signal, but reduce the bandwidth. This means they’re horrible devices for a business setting.” Ideally, we want everyone to have lightning fast Wi-Fi, even in hotels and campings. Unfortunately, these are still places with a lot of room for improvement in terms of Wi-Fi, notes Peter Paul Engelen. He says many companies struggle to admit that their Wi-Fi is bad. “But many employees complain about it all the time among each other, because poor Wi-Fi can lead to a lot of frustration. Usually, someone has to speak up multiple times to get it resolved.”

If your Wi-Fi signal suddenly stops working, many organizations can just call their regular IT service provider. However, oftentimes they’re not vendor-neutral. “They will go quite far in repairing the Wi-Fi signal, but eventually they won’t come with a real solution for the Wi-Fi problem.”, predicts Peter Paul Engelen. “Sure, they may be IT specialists, but World Wide WiFi Experts is the WiFi expert.. We have more expertise than IT service providers”, says Peter Paul Engelen. “We will completely solve the Wi-Fi problem, and if we can’t do it, nobody can.” When asked if it has ever happened that World Wide WiFi Experts couldn’t solve a Wi-FI problem, the answer was a resolute no.

Meanwhile, the market is switching to the latest Wi-Fi standard 802.11ax, better known as Wi-Fi 6. Its speed is 4 times faster than the current standard 802.11ac. 802.11ax is suitable for IoT (Internet of Things) and is available for both the 2.4 GHz as well as the 5 GHz band. Will we still need this if there’s a good 5G network? “Definitely”, says Peter Paul Engelen, “5G now mainly functions as a backup network in case the Wi-Fi network fails.

{ A CWNE understands the language of Wi-Fi;  World Wide WiFi Experts' catchphrase: We want to Get Rid Of Bad Wi-Fi } 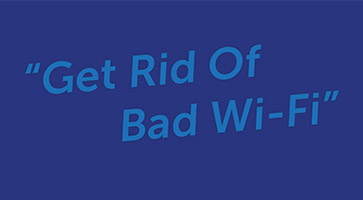 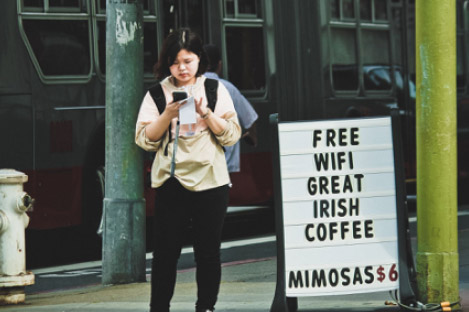 The evolution of Wi-Fi as a primary necessity of life, Wi-Fi as a killer app!? 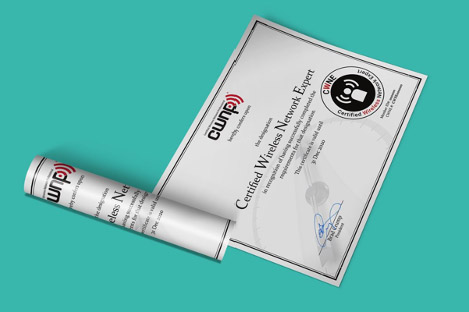 CWNP; This is what Wi-Fi & IoT is about!